WWE® 2K22 Stand Back Pack is Here to Save the Day

DLC Pack #3 headlined by The Hurricane and Stacy Keibler

In addition to the aforementioned Superstars, the Stand Back Pack also includes a Booker T EVO card, Sapphire Seth Rollins card - featuring an alternate attire - and four gold Contracts, all for use in MyFACTION.

Two more DLC packs will be available in the months ahead. Post-launch content packs are available for individual purchase, while the full set of packs is included with the Season Pass, Deluxe Edition, and nWo 4-Life Digital Edition of WWE 2K22.

*The Stand Back Pack is included with the Deluxe Edition and nWo 4-Life Digital Edition of WWE 2K22 and is included as part of the WWE 2K22 Season Pass. Also available for individual purchase. Base game required. 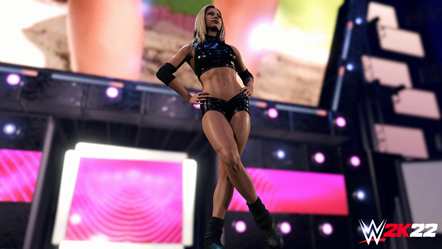 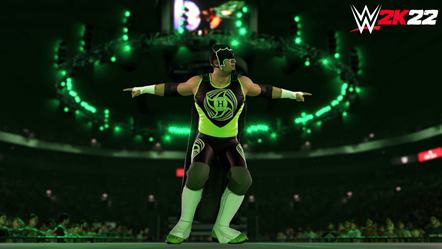