The Year of Greatness: Michael Jordan Unveiled as NBA® 2K23 Cover Athlete Across Two Special Editions of This Year’s Game

Jordan’s career transformed the NBA into a global phenomenon, making him a household name and leaving an undeniable impact on the basketball world. For the 24th year of NBA 2K, Jordan is the perfect embodiment of this year’s campaign theme: Answer the Call. As an athlete who always rose to the occasion, Jordan returns to star on two NBA 2K23 covers, giving an opportunity for old and new fans alike to celebrate a talent who left the world in awe throughout his career.

“After making 23 the most recognizable number in sports, it was only fitting that for NBA 2K23 we introduce the Michael Jordan Edition," said Alfie Brody, Vice President of Global Marketing Strategy for NBA 2K. “Additionally, we’re thrilled to introduce a brand new premium edition of the game with the NBA 2K23 Championship Edition, as no other player embodies the word ‘champion’ like Jordan. This limited-edition version will also offer players the opportunity to catch on-court action throughout the season with a 12-month subscription to NBA League Pass* included. We look forward to celebrating this game with the community when it’s released on September 9.”

Along with Michael Jordan returning to grace the covers of NBA 2K23 this year, the game will also reintroduce The Jordan Challenge, which encourages players to recreate 15 iconic moments from Jordan’s illustrious career. All ten of the original Challenges from NBA 2K11 have been completely rebuilt from the ground up and will make their return this year - alongside five new iconic Jordan moments - for an entire new generation of players to experience. These Challenges take advantage of more than a decade of technological leaps to provide a completely new way to play through Jordan’s accomplishments - all housed within its own game mode.

The Jordan Challenge also elevates an array of spellbinding performances across Jordan’s college, NBA, and Team USA Basketball careers that players can experience across all 15 Challenges and includes unique video vignettes that come with special commentary from an array of NBA luminaries: Jordan’s teammates, opponents, and other sports personalities, who saw him do it live and can bring to life his legacy to a younger generation of NBA fans. More details on The Jordan Challenge in NBA 2K23 will be released later this winter.

Michael Jordan is one of the most decorated athletes in the NBA and NBA 2K history, and the NBA 2K23 Michael Jordan Edition and NBA 2K23 Championship Edition collectively mark his fourth time headlining an NBA 2K cover. He was previously on the cover for NBA 2K11, NBA 2K12, and the NBA 2K16 Special Edition. Stay tuned for more cover athlete reveals, along with the release date and pricing when pre-orders go live on July 7. 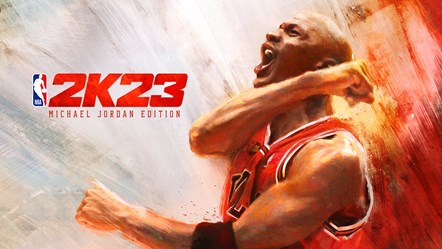 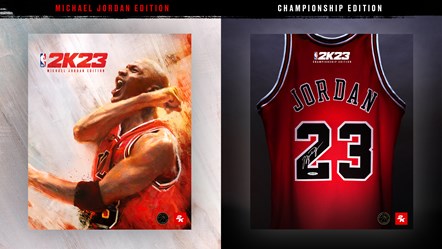 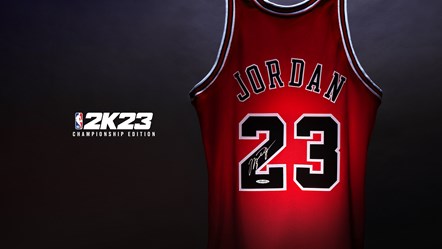 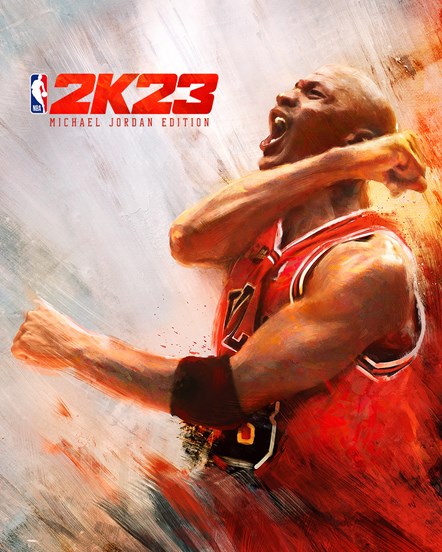 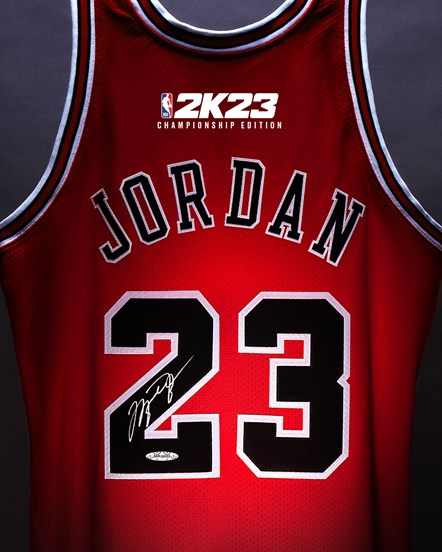